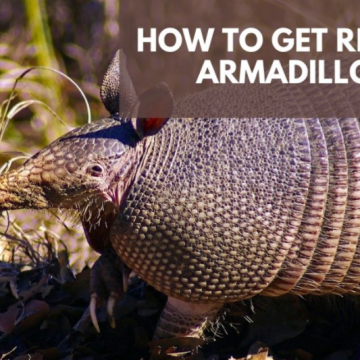 Cassava is the major source of dietary energy for low-income consumers in many parts of tropical Africa.

It has become the most important food crop of tropical Africa and had been aptly described as the ‘staff of life’. It is also known as Manioc or Tapioca.

Cassava originated in parts of central and south America (Western and southern Mexico, parts of Guatemala and Brazil).

It was introduced to west Africa by the Portuguese in the sixteenth century.

It was of little importance in west Africa sub region prior to the nineteenth century; its spread increased in the twentieth century. It was not known north of river Niger before 1914

It is essentially a lowland tropical crop. It is such as hardy crop that is widely cultivated in the mangrove swamps in the Niger Delta to the savannas; its cultivation extends as far north as the Sudan zone.

It can withstand prolonged periods of drought when it may shed its leaves but comes again quickly with the rains.

It can be grown in almost all soil types provided they are not waterlogged, too shallow or too stony or too clayey.

However, it grows best in sandy or sandy loamy soils of reasonable fertility.

It can produce an economic crop on exhausted soils unsuitable for other crops.

Most of the cassava grown in Nigeria is in the south and the country is now the leading producer of the crop. 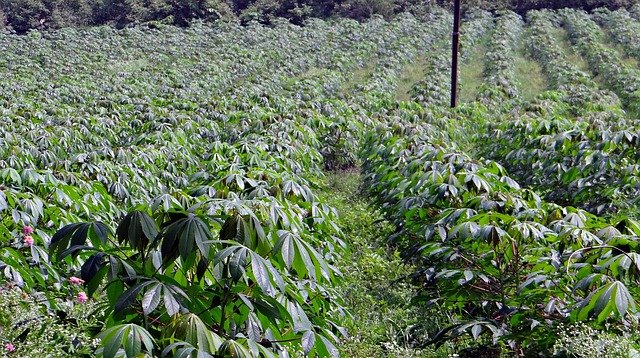 Botany of the Plant

Cassava is a short-lived dicotyledonous shrub, which grows to a height of 1-5m, with latex in all its parts.

The roots comprise tubers, which develop as swellings on adventitious roots a short distance from the stem by a process of secondary thickening.

Once a root becomes tuberous, it no longer participates actively in the absorption of water and mineral salts.

Starch accumulation in the tuberous Cassava root commences near its point of attachment to the stem and progresses towards the distal portions of the root.

Hence the tuber is fattest near its point of attachment to the stem and tapers gradually towards the distal portion.

The tuber itself is attached to the stem by a stout woody neck. The number, shape, size, angle at which they penetrate the ground, color of outer cork and internal tissues vary greatly between varieties.

There are usually 5-10 tubers per plant and the tubers are cylindrical or tapering, 15-100cm long and 3-25cm across.

The tubers consist of the following parts:

In addition to the tubers, fibrous adventitious roots develop horizontally and vertically, which are active in the absorption of water and mineral salts.

The stems vary greatly in height and branching habit, branching near the base in some cultivars, high up in others.

The angle of branching with the main stem determines whether the plants are erect or spreading.

The leaves are spirally arranged. The petioles are 5-30cm long, usually longer than lamina; lamina deeply palmately divided with 3-9 lobes, usually 5-7, and number may vary on the same plant.

Lower leaves tend to have more lobes than upper leaves. Some cultivars have reddish colored petioles and veins, while in others they are green.

The flowers are unisexual with male and female flowers in the same inflorescence, the latter near the base.

Female flowers are usually larger than males. Male flowers open 7-8 days after females (protogynous) and so it is cross-pollinated.

Many of the varieties now in cultivation rarely flower.

The fruit is a spherical capsule, about 1.5cm long, glabrous with narrow longitudinal wing-like structures on the outside, 3 seeded; woody endocarp splitting explosively on ripening 3-5 months after pollination and ejecting seeds.

The seeds are ellipsoidal, about 12mm long, grey mottled with dark blotches.

Many cultivars are known which can be distinguished by such morphological characteristics as leaf size, color and shape, branching habit, plant height, color, time of maturity and yield.

Most of the currently recommended varieties grown in Nigeria were released by the international Institute for Tropical Agriculture, Ibadan and National Root Crops Research Institute, Umudike.

These are designated as TMS and NR series respectively.

For practical purposes, cultivars can be divided into:

1. Sweet cassava with low cynogenic glucosides or hydrocyanic acid (HCN) content and the HCN confined to phelloderm of tubers;

2. Bitter cassava with high HCN content and the HCN generally distributed throughout tubers, including the core.

This is classified according to the HCN level and can be extended biochemically to the level of HCN per 100g fresh weight to give three groups as follows:

Cassava can also be classified according to maturity dates:

1. Short season cultivars which mature as early as 6 months after planting and cannot be left in the ground longer than 9-11 months, without serious deterioration (these are often sweet cassava);

2. Long season cultivars which take at least a year or more to mature and some CVS may be left in the soil for 3-4 years without serious deterioration (these tend to be bitter cassava).

The toxic principle in cassava is HCN which is liberated when the enzyme linase acts upon the glucoside linamarin.

The activity of the enzyme is kept in check when the plants are growing but liberation of HCN proceeds actively when tubers are dug and wilt; stale tubers are therefore more poisonous.

HCN must be destroyed before cassava can be consumed and this can be done by boiling, roasting, expression or fermentation.

The main mode of propagation of cassava is by stem cuttings. Propagation from seeds is confined to breeding work.

Cuttings readily take off and produce a fibrous adventitious root System which becomes very extensively developed both laterally and vertically.

For best yields, cassava should be planted as soon as rains are established, around April in the south and June in the north.

However, because farmers give higher authority to other field crops, cassava is often planted late.

Cuttings should be at least 25cm long and planted in a slanting position or buried at a spacing of 1m x 1m. Sweet cultivars may be planted closer at 0.75m x 1.0m.

The cuttings may be treated with Added 40 if termites are present.

Weeds can be controlled manually three times; the first two within 12 weeks after planting.

Chemical weed control includes the use of primextra at the rate of 3kg a.i /ha applied pre-emergence, followed by supplementary weeding at 8-12 weeks after planting.

Primextra may be mixed with round up or grammozone if weeds are already present.

Very rich soils do not require any fertilizers but the general recommendation is the application of 200-300kg/ha (I.e 4-6 bags)of NPK at 8 weeks after planting.

Cassava is exhaustive of potash. When applied singly, P and K should be broadcast and incorporated at the time of planting.

N should be by placement at 4-6 weeks after planting. Too high fertility for the crop may result in excessive vegetative growth at the expense of tubers and starch formation as has been noticed with TMS 30572

Cassava is harvested at 9 months for early maturing cultivars and 1-1.5 years for late cultivars by hand pulling of tubers from the soil.

Digging may be necessary for ease of pulling. Harvested tubers should be processed immediately or buried in the ground temporarily as fermentation is rapid.

Farmers obtain yield of 7-20t/ha of tubers; under more intensive management and proper fertilization, a yoeluof 40-50t/ha could be obtained.

Fresh tubers do not keep long but may be sliced and dried in the sun with or without parboiling; the later entrances the keeping quality and the slices, chips or pellets may be stored for several months.

Cassava may be made into flour by grinding the sun-dried slices and the flour can be easily stored.

Another form of storage is in the form of garri, which is made by grating the peeked and washed tubers, fermenting the pulp under pressure for a few days, followed by frying.

If well fermented and fried, garri can be stored for over 6 months.

Cassava can be used for human consumption, livestock feed and industrial purposes.

1. Human consumption: Garri, a free flowing granular meal, is consumed in a variety of ways.

Other cassava meals include ‘elubo’ from cassava flour, ‘fufu’ which is boiled and pounded Cassava.

Tapioca is made from cassava, it is a wet or partially dried sieved starch particles heated with continuous stirring.

Tapioca is used for puddings, biscuits and confectionery.

2. Livestock feed: Cassava chips can be used to compound animal feed because of the high energy content and its low price (instead of maize) to feed pigs and cattle.

3. Industrial Use: Cassava starch is an important industrial raw material; it is used in laundering and in the manufacturer of many products.

Beer and other alcoholic drinks can be made from cassava.

Cassava Mosaic disease (CMD): This is the most serious disease of Cassava. It is caused by a virus, which is spread by the white fly, Bemisia tabaci.

When a white fly carrying the virus feeds on a healthy cassava plant, it transmits the virus and the disease symptoms soon develop.

The disease is also transmitted when cuttings from infected stem portions are used for propagation.

Symptoms of the disease include a whitish or yellowish chlorosis of the young leaves, accompanied by leaf distortion and a reduction in size of the leaves.

The growth of the entire plant is stunted and there is considerable yield reduction.

Others are careful selection of healthy planting materials, free of the disease, control of the white fly by spraying with insecticides (e.g. sevin) and inactivation of the virus itself by means of heat treatment.

When infected cuttings are grown at temperatures of 35-39°C for 4-6 hours, the virus is inactivated and new shoot growth is devoid of symptoms of the disease.

The procedure does not however seem practicable on a large field scale.

Cassava bacterial blight (CBB): This disease is particularly serious during the rainy season.

Control is by the use of resistant varieties such as TMS 50395 & 50193, planting healthy materials and crop rotation with cereal crops.

They are mainly dry season pests. Cassava mealybug invaded Africa in the early 1970s when some planting materials from south America were illegally introduced, and it quickly became the most important pest of cassava.

Control is by the use of resistant cultivars, biological control (e.g. by the parasitoid Epidinocarsis lopezi).

Among cassava mealybug and green spider mite resistant cultivars are TMS 4(2) 1425 and TMS 60142.

Root knot nematode (Meloidogyne incognita) can be a serious pest affecting cassava roots especially where there is no crop rotation.