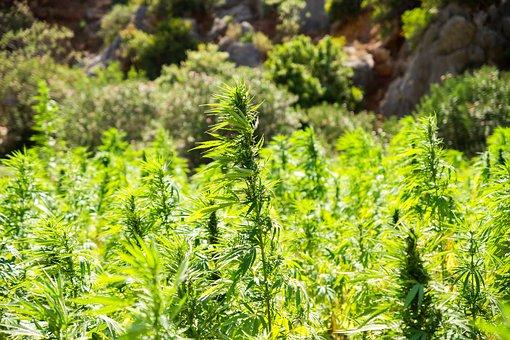 Originally, the hemp is native to Central Asia and spread across Subtropical climates. Asians so much appreciate the indestructible fibers and the nutritious seeds and it was used in medicine too.

It was an excellent remedy, in particular, for malaria and rheumatism. Although the hemp fibres were replaced by synthetic fibres in the 20th century, the plant has a particularly high priority at this present time again.

In medicine, hemp has very high economic importance. We now have the hemp juice as nutritional drink, hemp seed oil for Pets and humans to improve the health and fight infections, hemp milk and tea.

Hemp can also be very useful in industries. Industrial hemp uses can not be overemphasized. It can be used in making fabric,  textiles and insulation materials, bio-plastics, bio-fuel, papers and construction materials, as yarns and spun fibers etc

It is now possible to produce a tough, durable paper with hemp. Even sail cloth, yarn, ropes and many more from hemp are now produced from this great plant.

Hemp has long been a very competitive commodity because it was of great importance not only for the human and animal health but also for the textile and paper industries.

It is not only used in the industry for making detergents, paints, and other aforementioned materials, but also, its high-quality Cannabidiol oil has high nutrition value and can be used in treating many diseases.

The Cannabidiol is used especially in cancer therapy as well as ADHD, Tourette’s or even depression.

From the global hemp production statistics, China is now the largest producer of hemp in the world with more than 50% of the global output.

Although the abuse of hemp plant is still a global concern, hemp extracts and products are penetrating the market with more research been conducted on the safe ways hemp an be used with almost no side effects.

Also, with more states in the US legalizing and controlling hemp cultivation, hemp production is much likely going to increase in US. Not only in US but in other countries that now discovered that huge revenue can be generated from the hemp production and the industry.

In growing hemp, the selection is limited. Scarce 50 hemp varieties are approved for cultivation which must be ensured that the THC content of 0.2 per cent is not exceeded. Only certified seed should be used and cultivation must be controlled by the Ministry of Food and agriculture.

Sowing fibre hemp takes place in April and harvesting can be between July to end of September. The seeds are harvested only from mid-September to mid-October.

The seeds play actually only a supporting role, as hemp seed oil is a by-product. These are obtained in the processing of hemp plants and then processed.

After the harvest, the seeds are removed and compressed into an oil mill. Here, the temperature should be between 40 and 60 degrees so that the valuable ingredients is not lost