Graviola (Scientific name: Annona muricata) is one the plants that is exact origin is not proven but it has become widely spread today and can grow in almost every area with average temperature and high humidity. 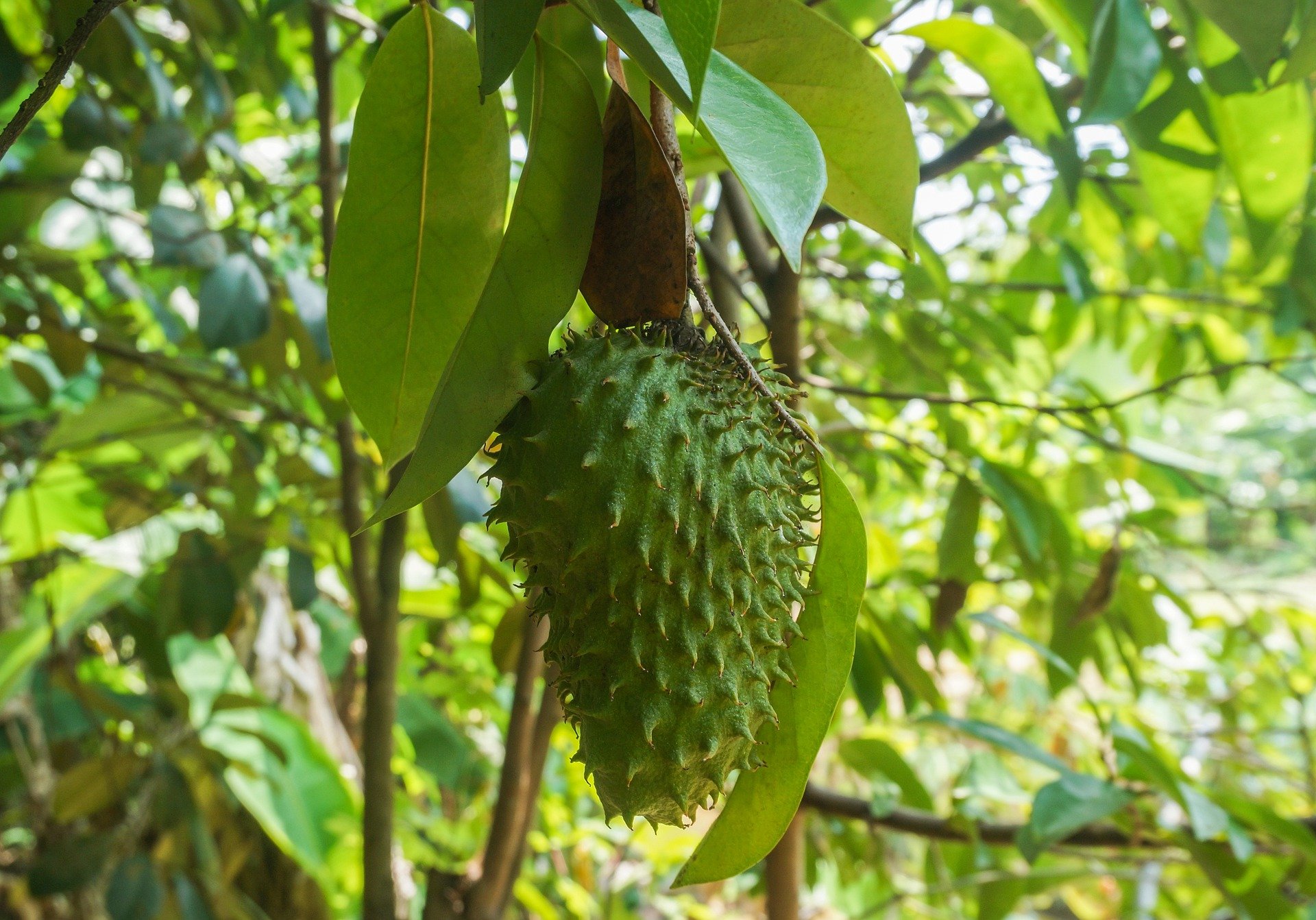 For the sake of getting people familiar with this plant fruit, we’re going to interchange its name in this article.

Graviola fruit juice extracts and other products are marketed mostly in American continent in countries like US, Canada, Brazil and others like Indonesia, UK, Vietnam, Malaysia, Japan etc.

While the plant is referred to as Graviola, the fruit is usually called Soursop and it’s classified as Acetogenins because of polyketide natural products and chemical carbon compound found in it and it could also be classified under Phytochemicals.

The barbed Annonaceae tree originally came from the tropical rain forest and was based in the Caribbean and South America.

However, Graviola is almost every tropical rain forest tree. The Graviola shrub likes lowland forests with semi-dry and arid climate.

Annona muricata does not tolerate soil with poor oxygen. Also, dry or saline soils are not their preferred locations. All Annone plants are woody but have very aromatic smelling bark, leaves and flowers.

Guanabana plant belongs to the genus of Magnolia-like plan and can reach a height of about eight to ten meters when it’s natural.

The Crown of the Graviola tree has very little branching, dense foliage, and leaves similar to those of the Laurel. The flower of the Soursop is yellow-green and has aromatic smell.

However, many people do not like this fragrance and feel it’s rather distracting and unpleasant. Some even feel the flowers smell like carrion.

The Graviola fruit is botanically a large berry. It’s large because it can be more than 20 cm long. The weight of Cherimoya is between one to four kilograms.

When the Soursop fruit is ripe, it is very sensitive to pressure. The flesh is white, juicy and very soft. The black seeds which are in the flesh are toxic and must be removed before eating it.

The harvest of Brazilian pawpaw takes place between January and March. The fruits should not be ripe before harvest so it will not start falling and burst.

The Soursop spoils quickly and can not be stored. The harvest is only in a very small time window because the fruit shouldn’t be allowed to fully get ripe.