TOMATO, scientific name Lycopersicon esculentum Mill. (Family: Solanaceae) is one of the most important vegetables in many regions of the world.

It is used in almost all food preparations in the tropics. it is grown under rainfed conditions and under irrigation. 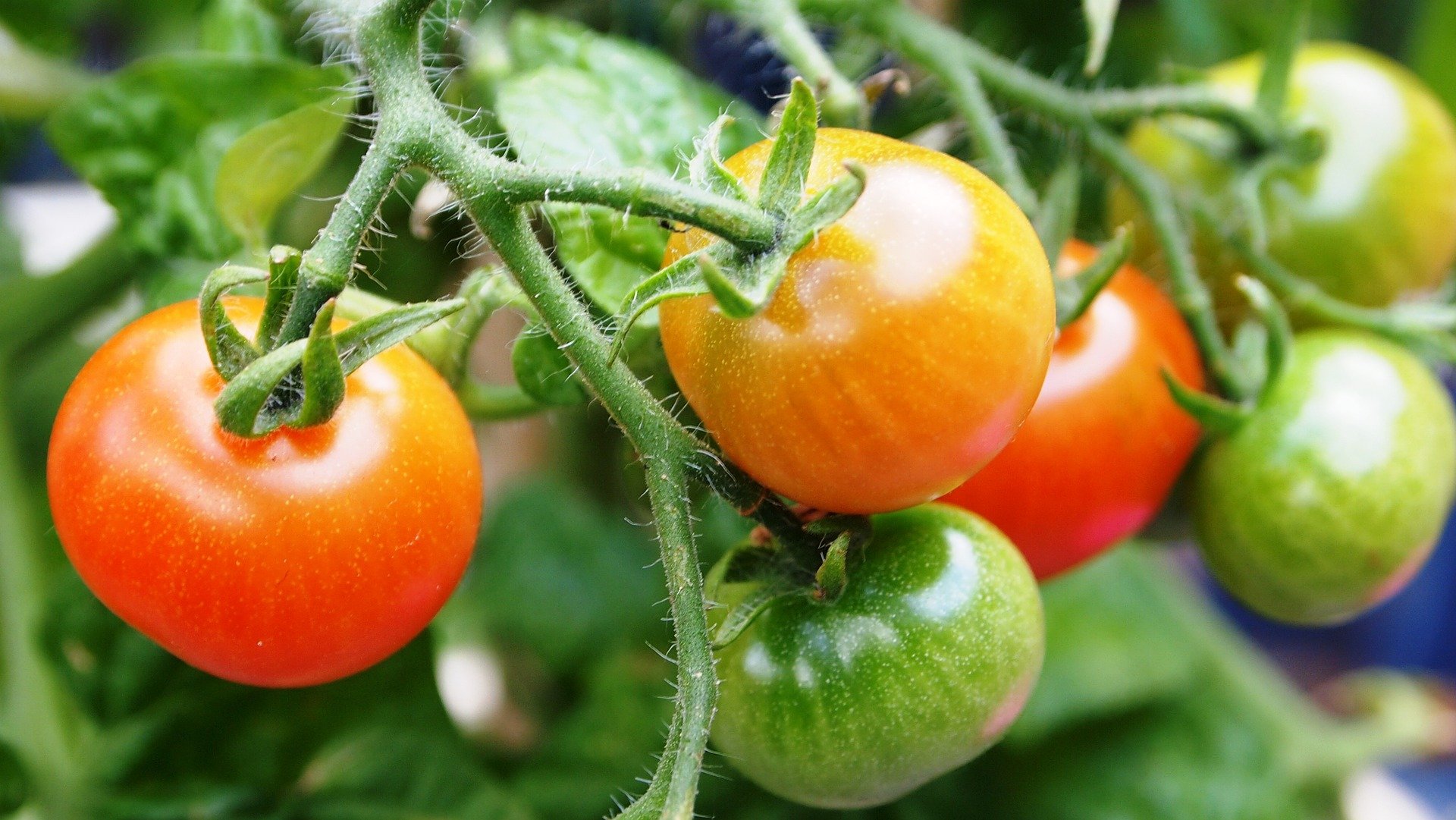 It’s native of central and south America, most likely Peru and Ecuador from where it spread to Mexico.

It was brought to Europe from Mexico by the Spanish in 1523. From Europe, it spread to other parts of the world, and it’s now wildly grown throughout the warm temperate and tropical regions of the world.

Tomato plant grows well in the tropics, especially in the drier parts. It can grow in both hot and wet weather as long as it’s on good soils, however, it thrives well in wet weather with low sunshine and high temperatures.

The plants are sensitive to frost and will not normally set fruits when night temperatures fall below 18°C.

Tomato can be grown at sea-level in the tropics but usually do better at higher altitudes. It can be grown in a variety of soils but a light, free draining, fertile loam soil with pH of 5-7 is the best for the plant.

Flowering is not affected by photoperiod (I.e. it is day neutral). In temperate areas, tomato is often grown in glasshouses.

It is an annual herbaceous plant with a weak stem which may be erect, semi-erect or trailing.

It has many branches and coarsely hairy with characteristic strong odor.

The seedling produces a tap root, but this is usually damaged in transplanting and an extensive copiously branched, fibrous root system develops in its place.

Adventitious roots arise from the base of the stem and it bears numerous alternate leaves.

The flowers are borne in clusters on the main axis and in lateral branches are carried on fairly short pedicels.

In some varieties, especially the temperate ones, self-pollination is common whereas most tropical varieties are cross-pollinated.

The fruit at maturity is a reddish or yellowish berry with a smooth skin, varying in shape and size with varying thickness of pericarp.

Tomato cultivars differ in a great deal of size, shape and color. The red coloration of the fruit is due to the presence of two pigments, carotene and lycopersicin (lycopene) occurring in different concentrations.

The seed is flat, kidney-shaped, light brown in color and contains a curved embryo lying in the endosperm.

Tomato seeds are first down in the nursery and transplanted later into the field. The crop can be grown throughout the year provided it is irrigated.

The best crop is obtained in the dry season under irrigation. Seedlings are raised in beds at the beginning of the rains.

In an area where there’s season when rain falls regularly, the crop can be planted twice in a year.

In Nigeria for example, the plant is transplanted at 3-4 weeks in April ( for the first session) and in the  second session, it’s done in August. Even  for the third session, the crop is transplanted from late September to October.

At spacing of 60cm between plants on 75cm ridges is used for non-staked tomato and 30x60cm for the staked crop.

Mulching may be beneficial as it can conserve moisture and control weeds.

Weeding should be done twice at third and sixth weeks after planting. Avoid weeding  once fruiting has commenced.

Metribuzin at the rate of 1.5kg/a.I/ha can be applied before planting. Recommended fertilizer application is 200kg/ha of NPK, split at 0 and 6 weeks after planting.

Tomato matures in two to three months after planting. As the fruits do not mature at the same time, harvesting is spread over a 3-4 week period.

The stage of maturity at which tomatoes are picked depends on the purpose for which they are grown. For distant marketers, tomatoes can be harvested when fully mature but still green.

For local marketers, they are picked when pink or firm ripe. Containers for packing tomatoes should be rigid and have adequate ventilation.

In recent years, a remarkable accomplishment has been the development of farms with special characteristics that permit them to be harvested mechanically.

Farmers can harvest about six tonnes/ha of fresh tomatoes. Under improved management, yields can be up to 30tonnes/ha especially under irrigation.

Tomato contains 90% water and so it readily deteriorates in quality. It can be cold stored at 10-15°C. It can be processed and tinned. This is perhaps about the best method of preserving tomato.

The color of the mature fruit is due to lycopene and carotene but the former is absent in yellowish fruits.

Diseases of the Tomato Plant

The diseases can be classified into wilts and leaf diseases.

This is one of the most serious diseases of tomatoes in the tropics particularly if waterlogging occurs.

It produces a rapid wilting without yellowing, followed by death. Little resistance has been found.

3. Sclerotium wilt caused by Sclerotium rofsii. It causes a rapid wilt. The plant is attacked at ground level and white leathery mycelia encircle the stem, followed by the production of sclerotia.

(B) Common leaf diseases include:

The disease is manifested by the appearance of small brown spots, first on the lower leaves and then on all the leaves.

The disease is most prevalent in wet weather. Control is by weekly sprays with fungicides, e.g. Bordeaux mixture or Dithane M 45.

2. Leaf mould caused by a fungus Cladosporium fulvum. It occurs in humid weather.

There is mouldiness on the underside of the leaves and the leaves later shrivel and turn brown.

Control is by spraying with Bordeaux mixture.

Other diseases include those that affect the fruit e.g blossom-end rot.

Blossom-end rot occurs when tomato plants which have been growing under dry conditions.

The blossom end of the fruit rots and turns black. The best control is not to let the plants experience drought.

Various insect pests eat up vegetative parts of the plant but they are not of economic importance.

An insect pest that does a lot of d damage is the fruit worm. The fruit worn is the larva of the American bollworm (Heliothis spp.)

It bores into the fruit and causes much damage. It also paves the way for fungal and bacteria infections resulting in fruit rot.

Control is by spraying with insecticides such as vetox or Didigam. Aphids can be troublesome especially in the dry season irrigated crop. They can be controlled with malathion.

The root-knot nematode (Meloidogyne spp.) causes galls to develop on the roots. This results in retarded growth and decreased yields.

Three methods of control are common:

i. Use of resistant varieties.
ii. Crop rotation with crops that are not susceptible, e.g. Okra, maze.
iii. Fumigation of the soil before planting using a nematode killer, e.g. Nemagon 20.