Cats do like to keep to themselves, this is the reason you find your cat sitting in a corner licking her legs, playing with paper, clothes, or other things, and minding its own business.
A cat can be playing, sitting in a place, or hunting most times until you give him an interesting object to play with, offer food, or call her attention to yourself.
This object need not be a fancy toy or a difficult puzzle. Just give the cat plain cardboard or a box and it will do.
Have you noticed that your cat likes cardboard so much that he scratches it, sits in circle tape, rectangles and squares on the floor?
Cats are fond of getting attracted to shapes, stinky and black clothes, square papers, bags, boxes, and so many other things.
Why do cats love these things and what’s so fascinating about them, Let us find out? 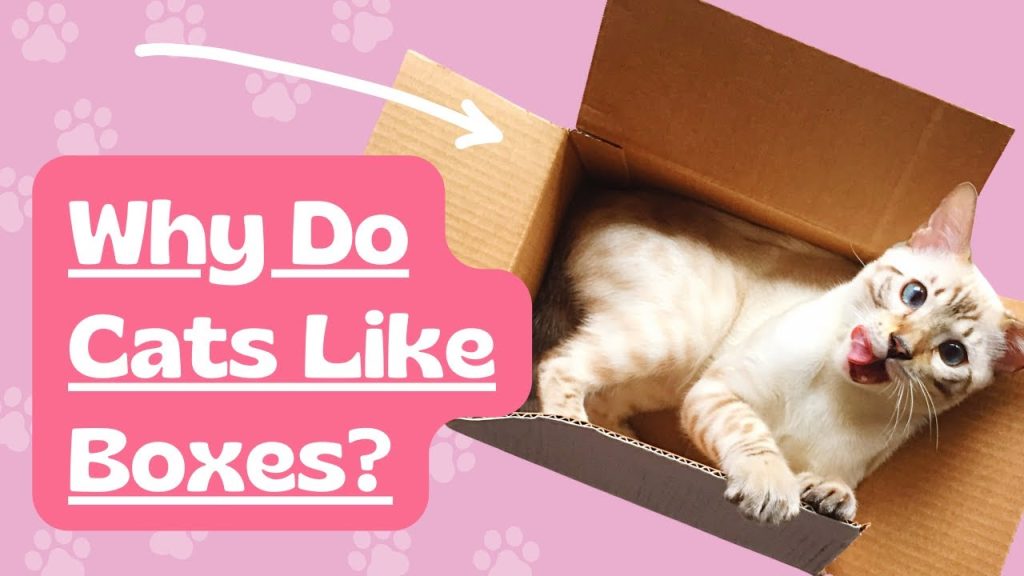 The Reason Behind the attraction to these materials

In ancient time when cats live in the wilderness among other wild animals today, they hunt for their food and also avoid becoming prey to predators.
Some of their instincts to find a safe place from hunters and other predators still live with them till today no matter how many generations it has been.
Cats getting drawn to cardboard boxes, sitting in shapes on the floor and not like getting out of it, getting attracted to black clothes is because they feel they’re in a territory that’s mapped out and they feel safe therein.
Cats choose confined spaces, cool materials, and colored objects because they feel they’ll be able to hide from predators.
Being in this confined space will make the cat feel safe and secure. Just like the dark hideouts in the wilderness, the cat associates it with the cardboard boxes.
The cardboard boxes give a safe feeling to the cat and they like to get all snuggled up in them.
This behavior will be seen towards baskets, suitcases, sweaty dirty clothes, circle, square, and rectangle shapes drawn on the floor, especially when they are small, even for big cats.
Cats also believe that when they are in their confined space, predators can only  launch attacks from their front, and will not be able to attack from the side or from the back.
When they are in their hiding places, the cats can secretly track all that is happening outside without being noticed.
This case is true not only for predators but also for attackers. When cats are in their confined space they can watch over prey and pounce on it at the right time. The prey will not be able to spot the cat in hiding.
This will allow the cat to attack the prey easily and take it back to the hiding spot without being noticed. And of course, the rags and boxes are cozy, which is an attractive feature for cats. Since they love to sleep, getting tucked in a corner is something that they prefer.

What about the Square craze?

If you would have noticed, there was a recent challenge spreading on social media where cats were supposed to be tucked into a square. This square will usually be made of tape and it will be drawn out on the floor.
The square used to attract a lot of cats and they were compelled to stand in the square. The reason behind this action is that any small space will attract feline pets.
The square will pose as a secure space that will save them from danger.
When cats give birth, they do it in a confined space. So the kittens are generally allowed to roam only in that particular small area. This behavior is shown with the square trick too.
Cats remember this space and are usually drawn towards it, where they equate the square to a box.

Cats getting attracted to paper

In the case of paper, it is mostly because of the paper is a good insulator. Paper generates warmth which will make the cats feel cozier.
In most cases, the cats sit on newspapers or sleep on them, to maintain a warm temperature during cold days. There are also chances where cats do this in order to gain the owner’s attention when their demands are not met.