Puppy Preparation: How to Get Yourself Ready for You New Puppy

Cucumber probably originated in northern India and was introduced to the Mediterranean. It is now widespread throughout the world.

Cucumbers are well adapted to warm climates but will grow well at lower temperatures than melons.

The optimum range of day-night temperatures is 21-28°C. Water requirement is high but a very humidity encourages the development of leaf diseases and may affect flowering.

They cannot stand waterlogging. Although they can be grown in a variety of soils, they do best in a well-manured sandy loam soil with a pH of 6.0-7.5.

Elevations of up to 1200m appear suitable for the cultivation of most cultivars. 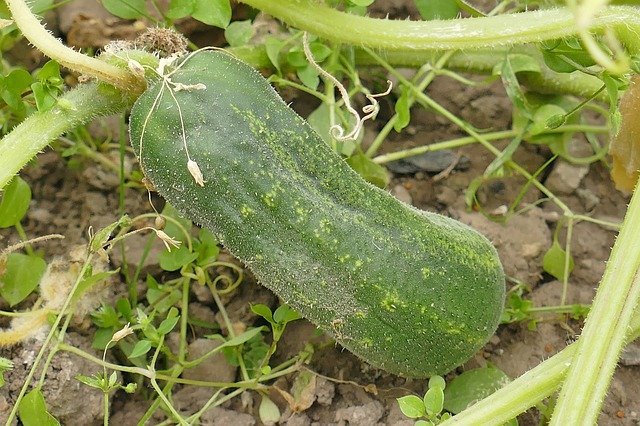 It is a trailing or climbing monoecious annual herb with stiff bristly hairs.

The root system is extensive and largely superficial.

The stems are stout, hairy with simple unbranched tendrils. The leaves have long petioles and are triangular, ovate with deeply cordage base and acuminate apex.

The yellow flowers are monoecious with male flowers predominant and borne in axillary usually solitary, axillary and borne on short thick pedicels.

The fruits are pendulous, variable shape and size, light to dark green and elongated (10-40cm long).

May be many seeded except in parhenocarpic cultivars. The seeds are flat and usually white.

Propagation is by seed. The seeds are down directly in ridges or moulds or prepared planting holes, 60-70cm apart each way.

Plants seeded directly may be thinned to 2 or 3 plants/stand after establishment. Plants may also be raised in containers and transplanted when 14-21 days old.

The crop responds well to organic manures and compound NPK fertilizer can also be applied.

The plants are sometimes staked especially for some trailing cultivars.

The trip of the main stem may be nipped off to encourage branching.

Cucumbers are harvested before they are fully mature, unless required for seed, and picking usually begins about 1.5-2 months after sowing and thereafter as the need arises.

Mature fruits should be firm and green. Yield is approximately 5-7 t/ha.

For storage, temperatures should be above 10°C, otherwise chilling injury may occur.

At temperatures in excess of 16°C, fruits rapidly become yellow. The optimum storage temperature is about 13°C, at a relative humidity of 95% to retard softening. The maximum storage period is approximately 14 days.

The fruits are eaten raw in salads. The young leaves are also used as salad, or as a cooked vegetable particularly in some Asian countries.

Diseases and pests affecting it