How to grow Garlic, Harvest, Store and Use it

Garlic has been known for its aroma and healing effects for ages and it’s used as a condiment in almost every kitchen across the globe.

Its Latin name is Allium sativum and can also be called age root or stinky onion.

The Indians believed it has a strength-giving effect, and it’s popular as a tonic.

The Greek and Roman athletes and soldiers used the tubers before their competitions and battles in the middle ages. 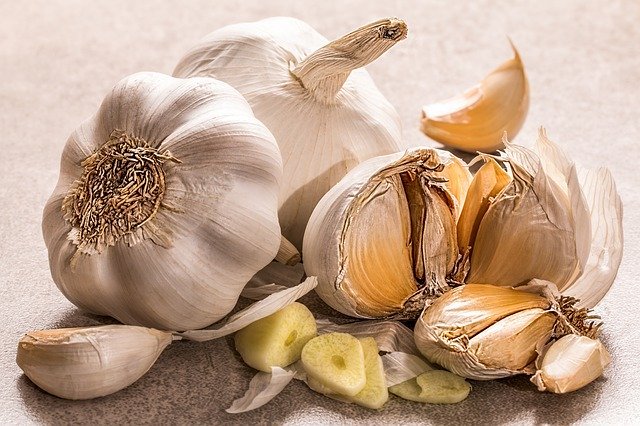 The center of origin of garlic is probably Central Asia and has been cultivated for more than 3000 years.

It was known and used 16th century BC as a burial gift to Egyptian pharaoh that dies.

It is highly valued in Mediterranean cuisine and often referred to as tonic.

It is widely grown in the Mediterranean area and tropical Asia and West Africa, and it belongs to the lily family

In Ancient Egypt, it is believed that Garlic helps to arouse the body and the pyramid workers then may not want to work when they don’t have garlic.

It was also used to improve broken broken bones, freckles and protect against evil spirits in the middle ages.

Nature of the Garlic Plant

Garlic is an erect biennial herb that normally grows as annual and the roots are adventitious.

The tuber can grow up to about 65 cm high and produces a composite or compound bulb.

The bulb consists of the main bulb and between 7 to 12 other small secondary bulbs.

The secondary bulbs are often referred to as garlic cloves.

The several small densely crowned bulblets or ‘cloves’ enclosed within a white or pink skin of the parent bulb.

Each clove is derived from an axillary bud of the younger foliage leaf.

Single cloves consist of a thickened storage leaf sheath and a central bud.

Seeds are rarely produced and it’s planted vegetatively from cloves, which are separated into single segments normally referred to as ’rounds’.

Most of the world’s garlic is grown under irrigation and it responds well to organic manure.

The bulbs develop entirely underground and mature in 90-120 days from planting when the leaves turn brown and dry out.

Harvesting and Storage of Garlic

After about three months when the tuber is matured, the leek is pulled out of the ground as a tuber together with the plant greenery.

It can now be dried. After drying, the leaves are removed. The garlic itself can be dried, granulated, ground, roasted or pickled in oil.

Curing for 8-10 days is necessary before either marketing or storage, to prevent deterioration in the store.

Cured bulbs can be stored for several weeks and yields range from 5000-10000 kg/ha depending on breed and cultural practice.

Keeping it in a dark, cool and dry place is good to prevent the fresh garlic from germinating.

However, some improved varieties don’t quickly get decayed and can last for several years.

Pests and Diseases of Garlic

Uses of the Tuber

Garlic is used mainly as a condiment for flavoring meat and fish and in salads.

It has a stronger flavor than onions.

The pungent substance in garlic – allicin, is released when it is cut or crushed as the substance alanine is converted to allicin under the influence of the enzyme alliinase.

Allicin has a pharmaceutical value as an antiseptic and bactericide.