Stereotactic radiation therapy is an important palliative care for four legged pets when they are diagnosed with tumor, be it osteosarcoma, brain tumor, nasal cancer or other types.

This radiation therapy is still new and is considered to be one of the advanced technologies for treating cancers in dogs, cats and others.

Due to the fact that stereotactic therapy is still relatively new, pet owners often ask if they should give their dogs to veterinary doctor for radiation therapy.

At same time, not every one wants their pets to be amputated when they have bone tumor.

More so, some veterinary doctors do not suggest this therapy unless the cancer is in the advanced stages. This we expect will be more embraced in the future.

Typically, when you begin to notice undue tiredness, pains, swelling and some unnecessary aggresiveness of your pet, these are the signs of osteosarcoma. 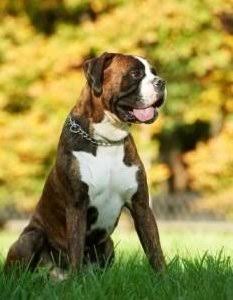 If it’s the mouth and nasal region that is affected, there may be difficulty in breathing and also Vomiting.

This is a way to know your dog has nasal cancer and the pet can live for four months or little more  with the disease before her death since the cancer cells can multiply rapidly and spread over the body within few months.

Because of the life expectancy that can be quickly shortened because of this health issue, more pet owners recently  now want to opt for radiation therapy.

However, the quality of life of the dog after the therapy is most times improved.
There’s no much side effects after dog cancer treatment but the therapy should be handled by professionals without minding the cost of the therapy.

The stereotactic radiation therapy uses specialized technology to work on the tumor alone without creating any harm to the nearby tissues.

When to go along with Stereotactic Radiation Treatment ?

While stereotactic radiation therapy can be conducted at any point in time as there’s no right time to euthanize a dog with osteosarcoma and carry out the treatment, it all depends on the decision of the dog owner to give go ahead for the therapy.

You can start with the treatment once a tumor is discovered. This palliative radiation is for a long-term cure and is one of the direct treatments available for cancer in dogs, cats and other pets.

It is the best option, compared to open surgery. So, pet owners who are comfortable with it can go along with this process, instead of the other treatments.

What’s the Procedure of Radiation Therapy?

Like any other treatment methods, the first step after diagnosis of cancer will be to identify the details of the tumor.

This will require the detailed report of the size, shape and the position of the tumor. Usually, the scans will reveal all such details.

After locating the tumor, the next step will be to hinder the growth of the cancerous cells.

As opposed to the other methods of treatment, the stereotactic radiation therapy will focus on giving higher doses.

This is aimed at reducing the growth of the tumor as well as to stop any kind of further developments.

In order to make the pets remain still during the procedure, the immobilization devices are brougt in.

This will make the pets remain neutral and still throughout the procedure as the radiation should be given in the right area.

These devices are designed in such a way so as to make the pets comfortable, so you do not have to worry about it.

What kind of technology is used in Stereotactic Radiation Therapy ?

In the case of stereotactic radiation, there is a specific technology used, known as CyberKnife.

This technology makes the treatment highly effective. With this technique, there are no open cuts required, unlike the usual surgeries.

There are several beams which are machine operated and are used here to aim at the tumor.

This technique is observed for accuracy in targeting the cancerous cells and has extensive faster results when compared to the other treatment methods.

How frequent should this Radiation therapy be done?

This question is commonly asked by most pet owners. It all depends on the types of the tumor, status of the tumor, responsiveness of the pet to treatment and some other conditions.

Usually, for a basic tumor, one session will do. But depending on the intensity of the tumor, the number of radiation therapies will increase. It will be directed by the veterinarian.

Once the course of the treatment is over, there are minimal chances that the tumor might return. Hence the need for future treatments will be eliminated here.

An interesting fact about osteosarcoma is the survival rate of the pets. It’s about 70% survival rate now and this will increase as vets practise this and better technologies are developed.

What’s the possible Side Effects of Stereotactic Radiation Treatment?

Some pets might experience some fatigue and vomiting after the radiation therapy session.

Also, most dogs will be weak and tired immediately after the session which is normal. They will require some time to gain back the energy.

This might also be due to the anesthesia given to the pets during the therapy session.

Some dogs tend to have inflammations and burning feeling in their mouth and there are chances where the pets might get patches in the skin.

However, this is rarely observed, but in case your dog experiences any of these symptoms, then the pet doctor,  who’s a decision this treatment should be informed immediately.